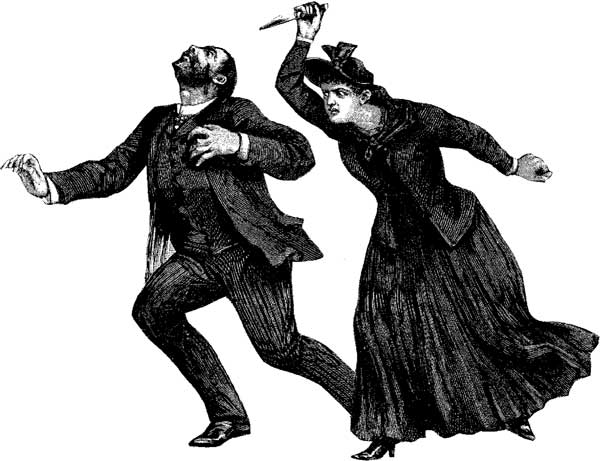 I have an Aunty Caroline
Who’s married husband number nine.
The other uncles one to eight
All have met a ghastly fate.

The first was vastly overweight
And died of something that he ate.
The second was caught unawares
When he tumbled down the stairs.

The next two both were millionaires
Who disappeared we know not where.
The coroner said they’d deceased
And Aunty’s bank account increased.

The fifth and sixth were also wealthy,
When they married both were healthy,
But within a month or two,
Each had met their Waterloo.

The seventh had a heart of gold
But cashed it in when he was told
That what he thought was just a cold
Had taken him to death’s threshold.

The eighth was given such a fright:
He passed out on his wedding night.
He went to Lourdes to get a cure
But died of something quite obscure.

My advice to number nine
Is don’t turn your back on Caroline,
And tell her unambiguously
You’ll leave your fortune all to me.